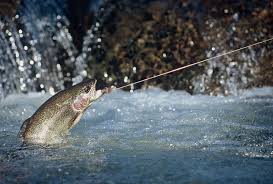 These are some of my reflections on the Revival of Local Journalism conference, organised by the BBC and Society of Editors at MediaCity UK, and held on June 25. There are links to others’ posts and articles from the day throughout this piece.

The Revival of Local Journalism conference (hashtag #localjournalism) on June 25 was a fascinating day, with stimulating conversation, proffered olive branches and some snappy presentations.

For me, it was thought-provoking and occasionally frustrating in terms of complacency and inertia . Perhaps if the day ended with some agreed outcomes and action points from others apart from James Harding (of which more here) it would have felt like a satisfying conclusion (maybe I’ve just sat in too many meetings?) because this needs to be a springboard and catalyst for wider discussion and momentum, not a cul de sac.

So, as to my reflections on the day’s theme and tone, here’s the thing: the media industry is either disrupted and the mainstream within it is either resisting or attempting to disrupt right back. The entrepreneurs and startups are more able to say “yep – so deal with it” and grasping what the next steps need to be more effectively.

Finding things out, writing them down and publishing them has fundamentally not changed; the hook on which too many of us are getting caught is platform.

So when the established regional media bends its thoughts to the revival of local journalism, there is a real danger that we end up talking in circles about our own platforms – whether that be print or broadcast or digital.

The revival of local journalism is a theme that spans staffing, tools, training, best practice, collaboration, competition and innovation – it isn’t whether newspapers are going to disappear at some point in the future, or whether Google is a publishing aid or a publisher in its own right.

I suspect that the best people to lead objective discussions on the revival of local journalism are not those enmeshed in the industry as realities intrude, defences laid, and the trouser of reinvention get snagged on the barbed wire fence of practicality.

We also have to set aside nostalgia – as flagged by Clay Shirky here.So, for a moment, I’m going to think about platforms, deal with it and then dismiss it for the rest of this post.

I was asked at RoLJ  if newspapers were going to disappear, and I replied along the lines of “if you had a better delivery method for news, why wouldn’t you use it?”

Me and my mouth. That prompted the more direct question “Do you think newspapers will die?”. To which I answered “yes”, and then there was an audible intake of breath from the room.

It was a fairly bald statement in a room full of press people (and my boss) but, yes, I think newspapers will cease to be required.  Which is a far different thing to journalism being required, although platform obsession seems to blur that distinction.

I plucked a number out of the air, and said within 30 years, Jasper Westaway , of borde.rs, said it would be more like 15, and followed it up with a lot more unpalatable truths about where things were headed.

Newspapers will get squeezed between better content producers e.g. hyperlocals and better distribution channels eg FB. They do both poorly

I can’t say what platform we will be publishing on in five years time because predicting the technological, creative and cultural shifts likely to happen over that period of time is like, well, asking to be reminded of your naivety in five years time…

I’ve posted a lot over the years about the need for aggregation and curation. I am starting to wonder about what doing the opposite of these things could offer.

Is there an opportunity in dis-aggregation? The death of the homepage idea is well discussed, as is the  ‘each piece of content should be a destination’ viewpoint. So what if a mainstream legacy brand decided to make and distribute its content designed to travel purely through social platforms? And made it was self-sufficient, with its own life support system – commercial, editorial and marketing all bound up in one – networked to sister content through links?

Would that start to get us off the hook?

I wish we could have talked more about the social media contribution. Jo Geary gave a storming presentation about Twitter which included a fairly damning slide about a US newsman scooping the UK media on the Glasgow helicopter crash, courtesy of an established and intelligent Twitter search.

And she also spoke nostalgically about the past – but it was just that. Platform does not define her type of journalism.

Still feel weird that we've pinned our love of #localjournalism to a delivery platform/business model. It's too important to do that folks.

Understanding that isn’t throwing the baby out with the bathwater; it’s appreciating the baby is a teenager now, and is therefore an entirely different animal altogether.

Peter Barron, head of communications for Europe, Middle East and Africa, spoke of collaboration and the free tools to help understand audiences and connect with them.

In fact, considering the theme was revival, an oft-raised point was not knowing the tools to use.

This is a Google search of the phrase ‘best online tools for journalists’ – there are plenty of people out there writing about the free things you can use, and sharing their knowledge of how-to and why-to in great detail.

None of the apps or tools mentioned is particularly complicated, most are free and someone  (hint – the boss) in any media business should be taking responsibility for ensuring at least one member of the team is trained up to be expert in this stuff, so they can, in turn, make sure everyone else in the newsroom is getting clued up on it too. That’s as true for a local weekly paper as it is for Sky. Ensuring the skills are there may require hard decisions and maybe someone does need to be taken off the rota for a few days at a time to go on courses or conferences, and the company has to stump up for this. The outcomes will pay for themselves 20 times over in a few months, as you start bringing in better stories and connecting with your audience.

The folly of Giving It All Away For Free Online point was made. Paul Bradshaw took the parable offered up, turned it into a fairytale guaranteed to give some industry types nightmares, and posted it here. Recommended reading.

Staffing was also raised – David Higgerson’s excellent summation and reflection post on the conference and this particular issue is worth a read.

In the last panel session of the day, I was asked to respond to a question about why students didn’t want to work in newsrooms because they were sweatshops. However, that became a bit sidetracked by the whole ‘what tools to use’ debate.

I am in contact with journalism students from various J-schools via social media and email all the time – some of them I consider friends I’ve yet to meet in real life – and they don’t ask me about potential sweatshop conditions ahead of them. But perhaps that’s out of politeness.

So it’s a hard one for me to answer, too, as I don’t know enough about the situations in all newsrooms.  Perhaps it’s one for the industry press to pick up and examine in greater detail?

4 thoughts on “The hook on which we are caught”